If you would like a print copy of Lords of Eternity, there's a Kickstarter for that.

Lords of Eternity is an epic power fantasy. Play as superhuman beings of immense power dueling with swords, saving the world, and competing to take each other's heads until you earn the final Prize:  total power and understanding over all living things. You are a ...Lord of Eternity.

Don't miss Noternus Nights, a serialized campaign and setting for Lords of Eternity.

Long ago, for reasons that have never been clear, one hundred brave souls were selected by the Power to have a great destiny. Those chosen felt the Power pour into them, changing them. They were granted Abilities beyond that of mere mortals, the chance to harness the Power, to shape it to their own ends. Some yet appear human. Others have been twisted, formed, shaped by the Power. They've grown in physical strength, in intellect, in mechanical aptitude, and in magic.

These hundred, these chosen few, these immortals have but one destiny. They walk among the mortals, struggling to reach the end time, the time of the final battle.

When they battle, the victor seizes the Power from the vanquished and grows stronger. Now, after much time has passed, the remaining few are unequaled in all of history, mightier than any who have come before. The numbers dwindle, leading to the final confrontation.

The survivors have banded into factions, sworn to defend each other. All know that one day, those promises will fail and they will fight to the last. That one will claim the Prize: total power and understanding over all living things.

They are the Lords of Eternity.

Lords of Eternity is Illuminated by Lumen and inspired by both He-Man and Highlander.  In it, you play superhuman immortals battling to take each others' heads...and Power. In the end, there can be only one Champion.

There can be only One! Will it be you?

In order to download this game you must purchase it at or above the minimum price of $8.49 USD. You will get access to the following files:

Support this game at or above a special price point to receive something exclusive.

If the price is an issue for any reason, please take a free copy.

An interview with Mildra the Monk.

I love all this.
I used to play He-man when I was 3 years old. And this brings back memories. 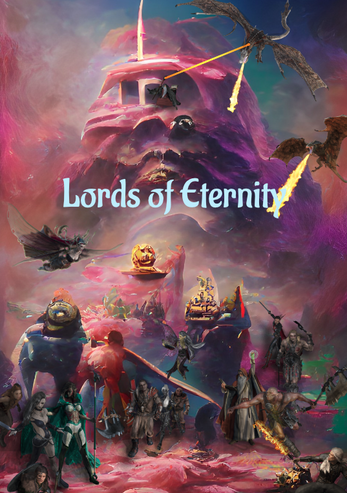 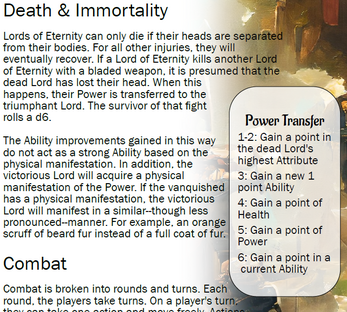 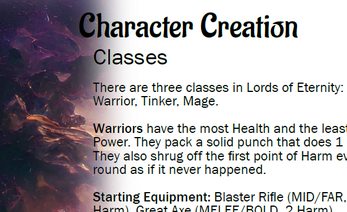 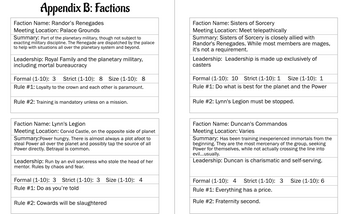 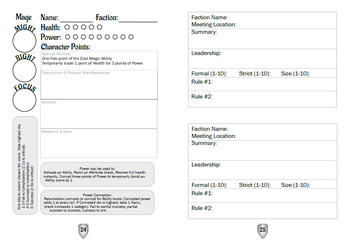 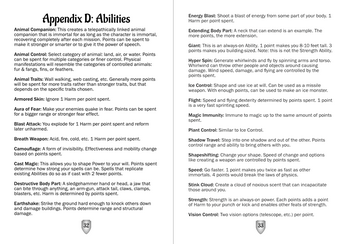